If you have to rely on other people, you are forced to be open and engage with them, which quickly spreads the notion of friendship and community. One person leads you to another further along your path or pushes you in a slightly different direction from the one you were imagining. It is a loss of control, but an entirely life-affirming and liberating one.  If, on the other hand, you have plenty of money and no need of anyone’s help, you can venture all over the world without meeting a single local person.

If I had enough money to stay in hotels all the time, I would never have tried Couchsurfing, where I met plenty of inspiring and helpful people. They often made my trips much more interesting than they would have been without local contacts. This summer for example, I stayed with a young Couchsurfing host in Abkhazia, who took me to galleries and exhibitions and introduced me to artists, academics and even the former Foreign Minister of the country. If I had stayed in a hotel, I wouldn’t have experienced any of this. (In my experience, AirBnB hosts don’t have as much time/interest as Couchsurfing hosts, but that may also be due to the travelers’ preferences.)

If I had enough money to rent a car, I would never stand by the side of the road and hope for a stranger to invite me into their car. A particularly nice driver in Montenegro even invited me to his home, prepared a meal and drinks and gave me a bunch of presents before taking me exactly where I needed to go. In Bolivia, I was walking in the mountains when a truck with miners stopped to take me through a breathtakingly beautiful valley. The most hitchhiking-friendly place so far was Easter Island: cars, quads, pick-up trucks sometimes even stopped without me trying to hitchhike. “Jump in,” the drivers said without asking for my destination, because all roads lead to the only town on the island anyway.

In Brazil, I even caught a ride on a helicopter.

If I had enough money for a car, I wouldn’t have spent a freezing night at the train station in Romania that lead to a very memorable encounter.

If I had enough money for restaurants all the time, I would never buy food from the market and eat in the park, where people sit down next to me and chat me up. It is this contact with random locals, not only with members of my own profession or my own social class, that makes traveling most interesting.

If I had enough money for intercontinental planes, I wouldn’t have found myself on a ship crossing the Atlantic.

If I had enough money to fly from one capital city to the next, I would never see the little towns and villages in between, the ones that are forgotten, where the waste dumps and slums are, where development lags 20 years behind. In other words, I wouldn’t have seen reality. I would know and understand less about the world. 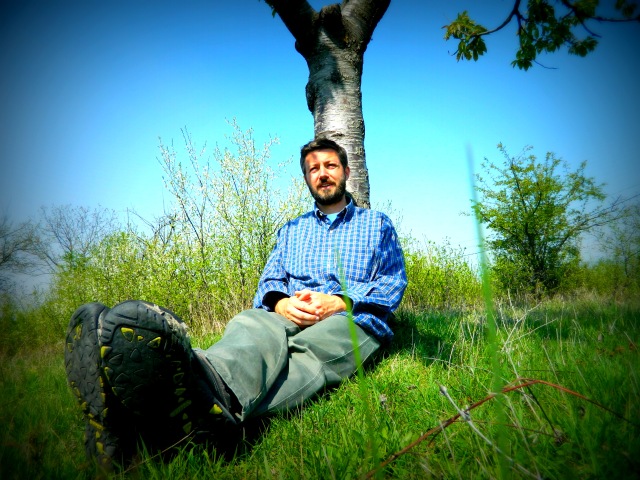 (By the way, I don’t want to recommend Dan Kieran’s book. Except for a few interesting thoughts, it’s rather boring and free of substance. You’ll be entertained better by reading my blog.)