Once upon a time there was a guy who got fired and found himself with a lot of time to spend at home to search for a job, but who also was searching for a better way to meet people. Yes, it was me. I was tired of taking time to go to language MeetUps in pubs where one couldn’t hear a word, of trying to meet someone over a pint… and of staring at the pint because we didn’t have anything in common.

“Uh, let’s have people come to my studio flat instead of having to go to them, now that I am at home. People from around the world”

“Hosting complete strangers, are you mad?!?” would say my friends.

“No, I just have faith in people… and nothing I posses is worth more than meeting many interesting (or boring!) people and their stories. Let’s see the world from different perspectives!”

Likely the best decision in my life. I hosted people for two months, until I found a job. The just-married couple from Brasil, touring Europe on their backpacks, the two french girls with which I hung out, the ladies from northern Italy with stories from their valley and their local language, the two nice American guys… but also the middle-eastern guy with which we improvised some music, the guy from Hong Kong who lost the plane twice in a row from Amsterdam… all with food and stories from their nations. Some of them I hosted multiple times; I became friends with a Mexican lady and her daughter, which were travelling through Europe whichever way they could, nation by nation. A hard way to do it, but they managed it, for years. They were full of creativity. We recorded short videos, animations, we spent the Christmas together; it was family. Meeting different people is really enriching. Yes, some were boring, some normal, but some also very interesting. You do get to see the world from all perspectives.

But that is not the best part.

I saw an announcement, in the weekly email:

“Can someone teach me to skate? I’ll offer Spanish in exchange”

“Really? That’s a perfect match, and she looks nice and friendly!”

We met on a weekend to skate and chat.

The ground was wet, but would I waste the chance? It wasn’t that wet, and on quad skates it was still feasible. We met. We liked it. We repeated. And we liked repeating it. Soon enough I was learning Spanish with a lovely person and spending a ton of quality time; it’s that her merit if that time has been lovely.

It’s now three years… and it still is quality time. Couchsurfing makes people meet in a relaxed do-what-you-like way, and that’s why IT WORKS. Couchsurfing can really put together people with common interests, “on the field” and that’s why IT LASTS. She and I are still very good friends and I am spoiled every time I spend time with her.

“You have been lucky!”

Yes, but please, let your luck help you….

It’s now three years since I started meeting people on CS and our friendships last because we have those things in common, which we do thanks to the website: a desire for languages, for travel, for experiences and other things we found out later. 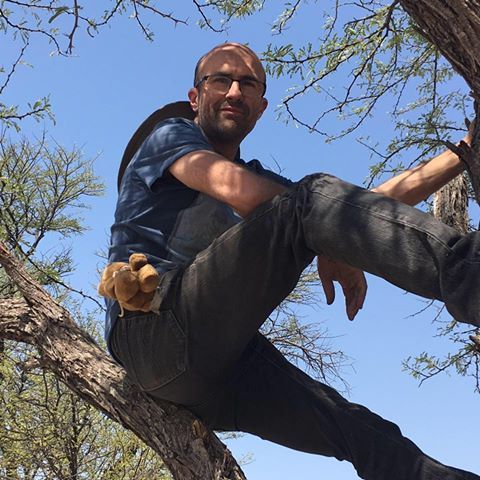