On boxing day, while going through the hour-long (which eventually totaled 4.5 hours) questioning (with a complementary body search, of course) in Cyprus flying to Tel Aviv, the Israeli officers asked,

“Why would you use Couchsurfing? What would the host get out of it?”

“Well, for the cultural exchange! Don’t you think it’s amazing to be able to visit a country, and actually hang out with the locals? Learning about their lives, their thoughts, their country?”

To the Israelis, having faith in basic human compassion while interacting with strangers might be a very alien concept, even terrorist-like. But to me, that’s the most valuable asset of Couchsurfing- to be able to experience life in faraway lands, through the native’s eyes. And I’m saying this as someone who has lived on 4 continents, visited 56 countries, and is working with people with more than 60 nationalities.

2 and a half years ago, I decided to move to Mexico. I had never been to Latin America prior to that, and I had never even visited the Hispanic world. Like any relatively well-off immigrant, I travelled quite a bit, all over the country. Mostly alone, sometimes with Mexican amigos. Yet, none of my experiences were remotely comparable to what I experienced with a Couchsurfing host in the state of Michoacan.

I was told that its capital, Morelia, was an impressive colonial town with a sea of historical buildings. And that was what I expected of the trip, to just go around, observing the beautiful ancient sites.

Logging into Couchsurfing, I found only a handful of potential hosts in the area, but luckily, one of them got back to me quickly. He didn’t actually live in the city, but he said he’d drive me to his place. I wasn’t sure what to expect.

At the coach station, there he was waiting for me, yearning to show me around his wonderful town. When the night fell, we headed to his house where he treated me to a private room. So far, so good.

“Tomorrow I’m going to my hometown to spend Christmas with my family. Would you like to come along?”

His hometown Zacapu was a peaceful town with some nice lakes and a crater. The small town was far from the tourist trail, so getting there was already interesting enough. Little did I know that the best was yet to come. And I’m not even talking about the amazing aguachile his brother gave me at his restaurant.

It was only my fourth month in the former Spanish territory, and I knew practically nothing about Mexican culture. One of the first things I learned immediately was how big their families were. My host took me around the town, introducing me not only to his parents, but also his gazillion other relatives, before finally gathering all together at the home of one if this Aunts.

They weren’t wealthy- their lavatory didn’t even have a seat, but that was a part of what made it so special- to be able to go out of one’s comfort zone while still remaining perfectly safe. The children, and there were like a million of them, kept telling me their names. It turned out I was the very first non-Spanish-speaking person they had ever met! Then they started singing Christmas songs and hitting the piñatas, running around, while the adults had a beef soup and drank.

It was not like any Christmas I had experienced before, or even seen in the movies! It was such an authentic experience, and one that I never would have been exposed to without Couchsurfing.

Now this is what I reckon to be the most fascinating aspect of the site- not the free accommodation or guide, but the possibility to immerse oneself into a foreign environment, all while staying perfectly safe!

Mtro. Prof. Hilary L. Chow FRAS is a fellow of Royal Asiatic Society, a British international school teacher in Mexico, a sometime musician, and the blogger at the travel blog jagged little earth. 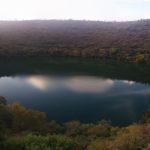 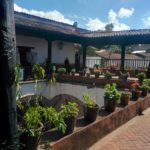 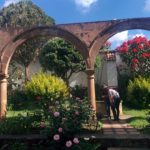 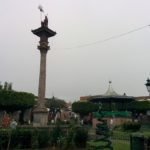 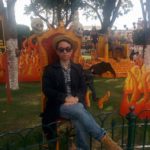 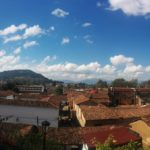 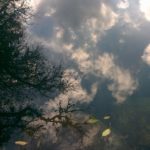