“I always remember a country by its people, so we want to surf to meet ‘The Real America’!”

I received this message while living in a crossroads town in the Mississippi Delta called Tallulah. It came from a Dutch guy named Joost, who was road-tripping from Chicago to New Orleans with his friends Bob and Rolf. Well Joost, I thought, butchering his name in my head. You’re gonna see some type of America alright.

To save you the trouble of scrounging for Tallulah on a map, I’ll just tell you where it is: It’s located in the northeastern corner of Louisiana, where the state joins with Mississippi and Arkansas. The closest international airport is about four hours south in New Orleans, and typically the only out-of-towners who come through are truckers taking a pit stop.

It’s not, as you can imagine, a place that attracts many Couchsurfers.

Nevertheless, I kept my account active when I moved to Tallulah in 2015. It was mostly so that I could surf while on weekend escape-trips; I never imagined I’d actually host anyone.

With both a population and per-capita GDP of around 7,000, Tallulah is not on anyone’s bucket list. Packs of stray dogs prowl the gravel roads, the main street shops are broken and abandoned, and for some reason people are always burning trash in their backyards.

So while I accepted Joost’s request, I added a warning: “there’s really not much to do here, but it’s a window into small-town America that shocked even me when I moved here.”

The three guys arrived, and we set off to one of Louisiana’s finest establishments: the local drive-through daiquiri shop. You might be thinking, “hey, that sounds like it should be illegal!” and surely you’d be right, but there’s nothing more Louisiana than cruising around the backroads with a three dollar, 24-ounce concoction of sugar and rum.

“Y’all from Europe?” the guy at the window asked, staring incredulously at their ID’s. “What on Earth y’all doin’ here?”

In their two days in Tallulah, Joost, Bob, and Rolf were able to see the site of a major Civil War battle, an old plantation home, and the many miles of cotton fields that surround the town. They also saw the neighborhoods across the tracks, where old ladies sit behind mosquito nets on dilapidated porches and wave at passersby.

Later, when I asked Joost what he thought about his stay in Tallulah, he said: “It wasn’t exactly the American dream over there.”

It may not have been the American dream, but the Mississippi Delta holds the heart of American history. It was here where, just 150 years ago, plantations lined the River and slave-labor made the country rich. It is the hot, humid underbelly of my country, replete with swamps and barbecue and slow, rich music.

Joost described is as “the darker side of the US, and the sweetness it brings out in people.” As it turns out, the three of them really enjoyed themselves.

I couldn’t show Joost and his friends a Brooklyn loft or a Malibu house party, but I could show them a place they would’ve never happened upon were it not for Couchsurfing. After all, a drive-through daiquiri beats a $15 cocktail any day.

See more by Becca on Medium 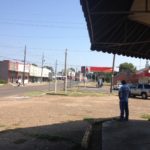 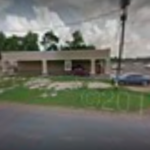 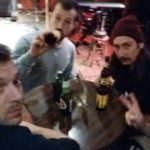