My Search for the Perfect Couchsurfing Host

Fun fact: I hosted someone a couple of years ago and had a great experience but I, myself, have never tried Couchsurfing.

So I thought, why not try it out when I’m in Spain?

But I had one very important requirement.

My host must be vegan. Why? Because veganism is an integral part of who I am and I wanted to stay with someone who understood my values. Plus, I thought it would be a cool way to meet another vegan in another part of the world.

So I got on Couchsurfing, typed in “vegan” and “female” in the filter and it returned… THREE people.

I messaged all three of them and my inbox stayed dead silent for the next week.

Then the universe surprised me.

Three days before departure, I got a response from someone saying they were willing to host me.

As soon as I got to the airport and met Mariela (yes, she came to pick me up!) all my worries and fears dissipated.

Mariela was exactly who she was on her profile and better.

Is It Catalan or Spanish?

Thanks to Mariela’s insider knowledge, I was able to quickly learn the difference between Catalan and Spanish.

If you’re going “Huh?” let me clear this up:

What Did You Do In Barcelona?

When I wasn’t stuffing my face in vegan food, I walked all over the city.

Barcelona was an extremely walkable and bike-friendly city. I almost got hit a few times by bikes.

And of course, I visited the famous Sagrada Familia church. I bought myself a ticket to go all the way to the top and got an amazing view of Barcelona and then got lost inside its twirling staircases.

Most of the people I interacted with in Barcelona were friendly. Everyone who worked in customer service spoke some English and when they didn’t, a simple “hola” and pointing worked.

I only had one bad incident where a group of guys said something lewd to me but they weren’t even from Spain.

Some of my favorite Barcelona memories were meeting up with an old friend, trying vegan tapas with new friends, and drinking way too much sangria and Spanish champaign for our own good.

Eating churros with Mariela and laughing over language misunderstandings was another highlight.

On my fourth day in Spain, Mariela came exploring with me in a town called Figueres.

Figueres was two hours outside of Barcelona by train and half an hour from France.

As soon as we stepped off the train, I noticed all the signs were in Catalan and the streets were nearly empty.

When we asked the tourist information center where everyone was, they said, “I guess they just decided not to open since there aren’t enough people around.”

Despite all this, Mariela and I still had a lot of fun. We climbed up a hill to see the largest “castle” in Europe (which was more like a military fortress), ate the delicious vegan lunches that we packed, watched the town from above, visited the Dali Museum, and overall, really got to know each other.

On my fifth day in Spain, I headed out to a beautiful seaside town by myself called Sitges (See-jes).

Sitges was the type of place you imagine Spain to look like.

As soon as I got there, I ran to the beach, tossed my shoes aside, and dipped my toes in the sand and water. It was too cold for swimming but still quite beautiful to look at.

Then I spent a good hour walking along the boardwalk, watching people, and soaking up the sun.

Would I Recommend Couchsurfing?

Without a doubt, Couchsurfing made my experience in Spain much more memorable than if I had just stayed in a hostel or hotel.

I was able to look inside a real home in Barcelona, be a part of Mariela’s everyday life, cuddle with her cute dog (Totoro), practice Spanish with her roommate, go to the supermarket and ask her what everything was, learn about her childhood, family and views on the world.

But most importantly of all, Couchsurfing connected me to someone who also loves travel and is vegan, two things that make me who I am.

It was like meeting a different version of myself in another part of the world.

And by the end of my trip, I didn’t just leave with memories or souvenirs, I left with a new friend and a little bit more faith in strangers.

Thank you, Mariela, from the bottom of my heart!

This blog post was originally published in The Tiny Punch. 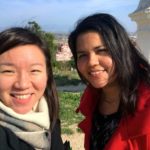 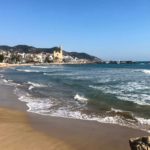 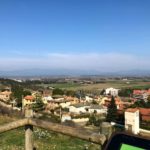 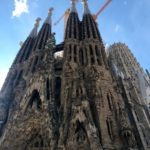 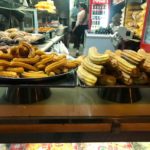 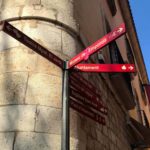 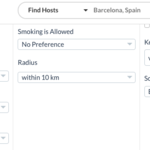