I can’t remember exactly the first time I heard the word Couchsurfing.

I think it was the first time I travelled by myself in Europe, on the way to meet my best friend who was studying in Austria. I think it was at an airport bus stop. I was wishing I’d studied German instead of Spanish in high school, fumbling through a bus schedule leaflet. I thought the consequences of getting on the wrong bus were high enough to trot over and ask the only other person there if he knew which bus went towards Paracelsusstr, the area of the youth hostel I was to meet Susanna in. When he spoke we both realised we came on the same flight from Aberdeen. He smiled, reached in his jacket and took out a Salzburg guide book and gave it to me to look through. He asked if I was part of Couchsurfing. I shook my head, more focused on finding my bus. I was still looking at the book when my bus came, he waved me on the bus and told me to keep the book. As the bus doors closed, he told me he was working in a pub downtown and told me I could give the book back to him there. I never did find that pub, but the gift of a guidebook by a complete stranger touched me. It wasn’t until weeks later that I did a web search for Couchsurfing and made a profile – and since then Couchsurfing has been a constant background in my life.

I’ve made friends and shared experiences on Couchsurfing through surfing, meet ups, house parties, hosting (where I could) in Scotland, England, Germany, Brazil, France, USA, New Zealand and Brazil. This may be stretching it a bit- but I recently got invited to go mushroom hunting for the first time (here in Northern California), which has opened my eyes to the wonders of mushrooms! – Couchsurfing feels to me like a giant friendly mushroom, an underground mycelium web that spreads for miles on miles and connects the world. Everywhere I go, I can log on to Couchsurfing and I trust I’ll find kind people with open minds who are willing to share life without expectations. Some of my close friends today I found on Couchsurfing, and despite not seeing them for (sometimes) years we are in regular touch- it doesn’t matter where we are in the world we are!  The connection from our shared experiences is stronger than the bond of many other surface level interactions in my day-to-day working life.

My favourite part of Couchsurfing is not one specific moment, but is more a gentle sense of belonging mostly around mundane activities – making and sharing coffee, wandering to the top of a library, meeting for picnics in the park. I’ve always felt welcomed, no matter where I come from, my time in the location, age, career, I’ve felt accepted for myself. And in a way Couchsurfing has allowed me to feel more myself. A gentle reminder that I do not need to follow the one straight path, but can make my own life journey and that whatever I choose, that there are good people out there and life will turn out alright!

When I’m with people I meet on couch surfing it’s easy to ask the deep questions- to observe how other people live. I often feel after an evening together I’ve known the person for far more than one night. It’s often times the shared desire to learn, live, and love life.

I can’t say I’ve had any negative experiences on Couchsurfing – or if I have the minor inconveniences have been dwarfed in the setting of the overall positive experience, the community feeling. I remember going to the Couchsurfing anniversary party on Ocean Beach, San Francisco in (?)2016, the many people who gathered. It felt like a big family. None of the awkwardness of a large party with people trying to impress or justify their words, but just people being themselves and genuine. This is a lot of what Couchsurfing means to me.

I hope to continue to be part of the community wherever I am, whenever I am. I don’t think it’s something I will outgrow, because traveling and meeting people is such a core part of my identity ( thanks to Couchsurfing), and I’m grateful for that!

On a solo-trip to Hawaii, I met a fellow Couchsurfer (Saji) and we hiked Stairway to Heaven ( Haiku Stairs) in Oahu! 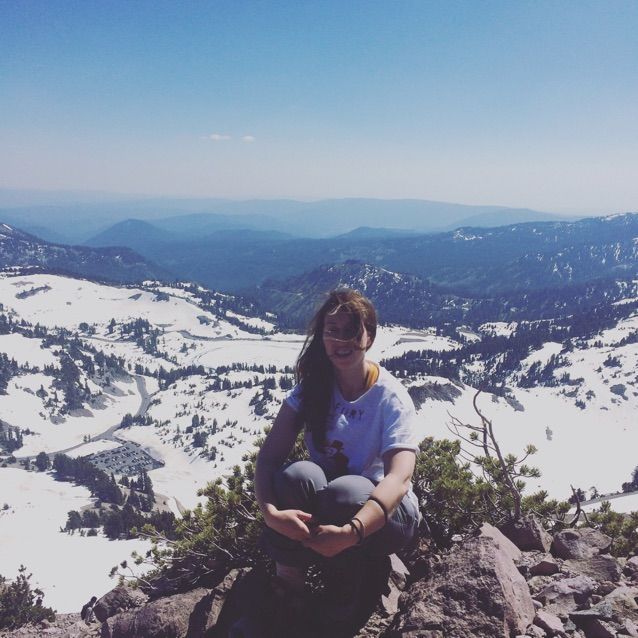